The Toxics Reduction Act (the Act) and associated Ontario Regulation 455/09 (O. Reg. 455/09) was introduced in the Province of Ontario in 2010; the Act requires regulated facilities to complete the following tasks.

A summary of reasons for changes in quantification of substances include: 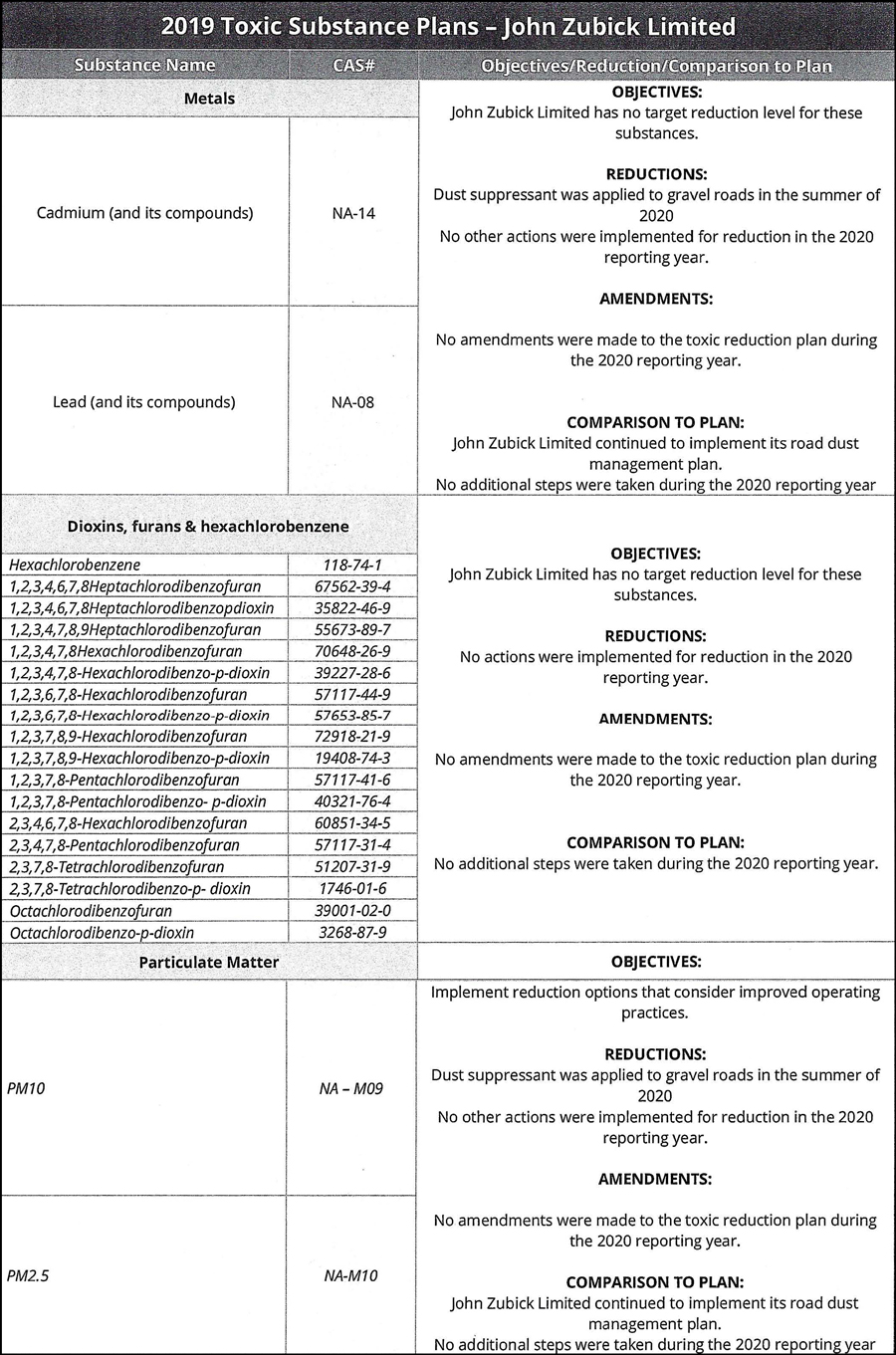 As of October 1, 2021, I, Ben Zubick certify that I have read the report on the toxic substance tracking, accounting and reporting for the toxic substances referred to above and am familiar with its contents, and to my knowledge the information contained in the report is factually accurate and the report complies with the Toxics Reduction Act, 2009 and 0. Reg. 455/09 (General) made under that Act.

Our collection and processing is open: